Week 19 the fam’ and I made the short drive to Bath for my next official race of 2016. On the hottest day of the year so far the 6 miles of tunnels in this race were both spectacular but also a God-send! 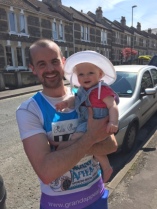 The event is a selection of runs from 5km, 2 x 10km’s (one hilly, one flat) and 2 x 1/2 marathons (one hilly, one flat). All races followed an out and back format, through the 2 tunnels in both directions. The heat was quite stifling so the tunnels came as a blissful relief and the dead air inside them led to a perception that I was floating along in the dark. I tried to focus on the spectacle of the opera music and spot lights throughout the tunnels of 1600m and 600m each. Trying to get my head around distances and paces with 5 different races going on was a nightmare and in the end rocked in at 1hr45mins. At the half way stage I thought I might be able to grind myself to a 1hr40mins run but it was not to be. On the day I’m not sure I could have run much faster with a hangover from Wednesday’s 5km’s still in my heavy legs! This one was pretty stifling to be honest, the heat and the single track path felt very oppressive. Interesting experience though and I feel stronger for it! 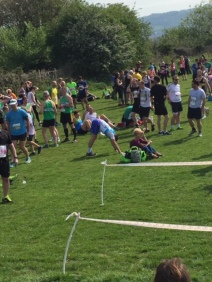 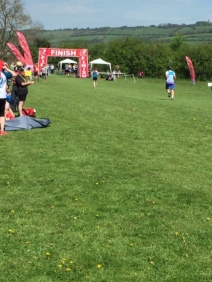 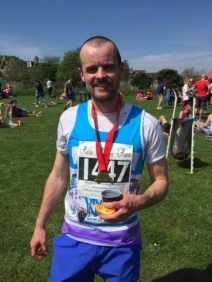 As of Sunday I’m sitting just shy of £4000, just a few more nudges to take it to the half way stage. Please hit up justgiving.com/bobsm100 for all the info.